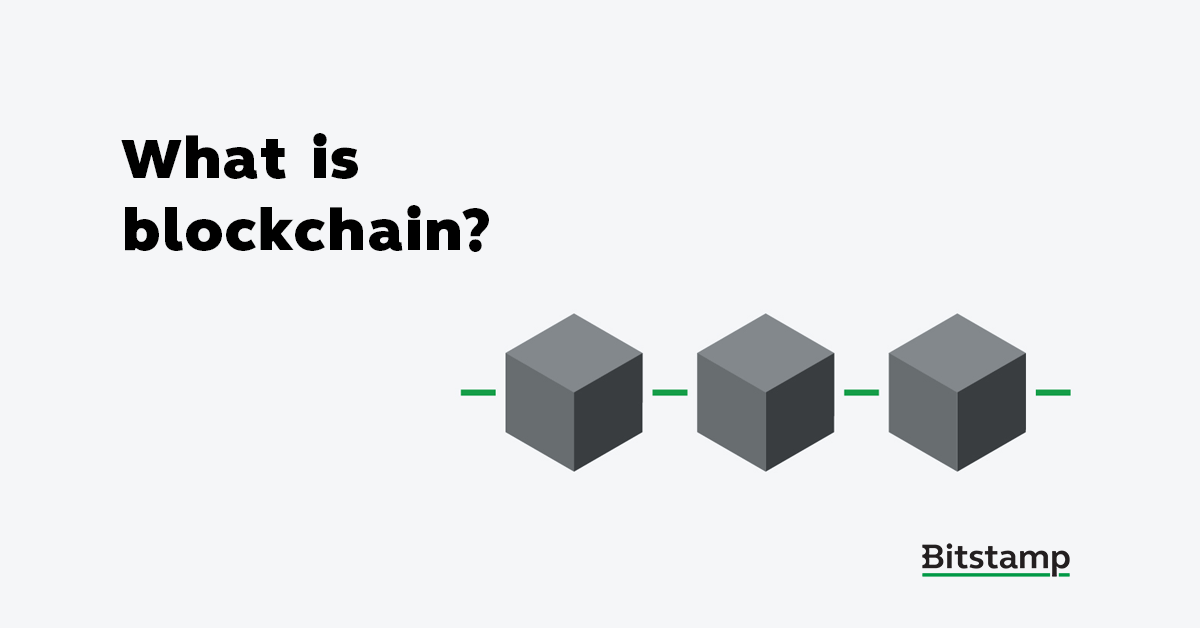 Blockchain is an immutable, reliable and transparent technology for storing information, most often records of financial transactions. It functions like an ever-growing chain made of blocks of data.

New blocks are added to the end of the chain and cannot be changed after that. Everything that is embedded deeply enough in a blockchain is there to stay. You can’t manipulate it, you can’t delete it, and everyone can see the transactions. The users, though, can remain private, as they’re protected by their pseudonym.

The system distributes all the blockchain data to thousands of users, or nodes. This way, blockchain eliminates the need for a middleman who legitimizes transactions and provides assurances (like a bank does in traditional currency transactions). As long as the majority of nodes agree upon their common digital history, the information in the blockchain is considered to be valid and indisputable. In this way, the nodes function as a sort of crowd-sourced assurance that transactions are legitimate.

Replacing one central authority with thousands of nodes also means that there is no single exploitable weak point. This makes blockchain secure for storing important or sensitive information, such as legal documents, healthcare data or cryptocurrency.

A short history of blockchain

The idea of the blockchain has existed for over a quarter of a century, but it was popularized by the mythical founder of Bitcoin, Satoshi Nakamoto. No one knows who Satoshi is or if he is even a real person. All we know is that someone using that name made a revolutionary breakthrough and created Bitcoin, the first decentralized currency. Blockchain technology is the framework that made the breakthrough possible.

Since its inception in 2009, Bitcoin has grown into a global phenomenon. It has led more and more developers to recognize the game-changing potential of blockchain technology. Most of the popular cryptocurrencies today use blockchain as their technological backbone. Ethereum, Litecoin and Bitcoin Cash are examples of blockchain-based cryptocurrency.

To answer the question “what is blockchain,” one must first understand the meaning and value of decentralization.

Traditionally, information was stored in centralized systems – there was no alternative. Before digital technology, archives of (paper) files and libraries held information. Since it was bound to a physical form, there was no way to distribute ownership. You could copy an entire library and have two instances of the same books (that was the tradition during the Middle Ages, when teams of monks painstakingly hand-copied manuscripts, before the invention of the printing press), but that is not what decentralization is about.

Decentralization means that all the nodes in a network have simultaneous ownership of the same information. If you copy a book, then it results in a new book, since the new copy can have alterations made to it that do not appear in the original. If you copy a blockchain to send it to a new node, it means that the same blockchain is being sent. Any changes made to the copy will also be made in the original. There actually is no “copy” and “original” between nodes, it’s just one blockchain, existing in many locations at the same time.

With the dawn of digital technology, centralized systems remained the norm. Information is no longer stored on paper. Instead, it is still stored on servers, which have a clear and definite owner. Your bank’s information – which includes your account balance and transaction history – is stored on the bank’s servers. If someone hacks the server, they hack your bank account. The data is stored at a single point in a known location. Break into that location and you’ve broken into the system.

If someone wanted to access the data in a decentralized setting, they would have to break into the majority of nodes at the same time. Hacking just one node is useless. The network will realize its information has been compromised. Then, it will replace the hacked node’s copy of the blockchain with a “healthy” version from the other nodes.

To ensure that all nodes actually have the same information, they need to be in consensus. Nodes must agree about which information is to be included in the blockchain. In other words, nodes vote to determine the “right” version of the blockchain. Any different version is rejected, ensuring that everyone has the same blockchain. If you want to make changes in your copy that are not accepted by consensus, you create a new blockchain, separate from the original. This is called a fork.

You can imagine the blockchain as a virtual version of a single manuscript being passed around between the 21st century equivalent of monks in their scrivarium – nodes add to that single “manuscript,” the blockchain. Each node is able to add to it, each one able to check its contents, each makes sure that it looks correct, that every line is in consensus. The difference is that this single, virtual manuscript appears everywhere in the world at the same time, etched in digital stone, protecting all of the information that appears within it, from the past and into the future.