Home Product News We’re expanding the selection of new assets in the U.S.! You can now trade YFI and GRT!
Product News Bitstamp

We’re expanding the selection of new assets in the U.S.! You can now trade YFI and GRT! 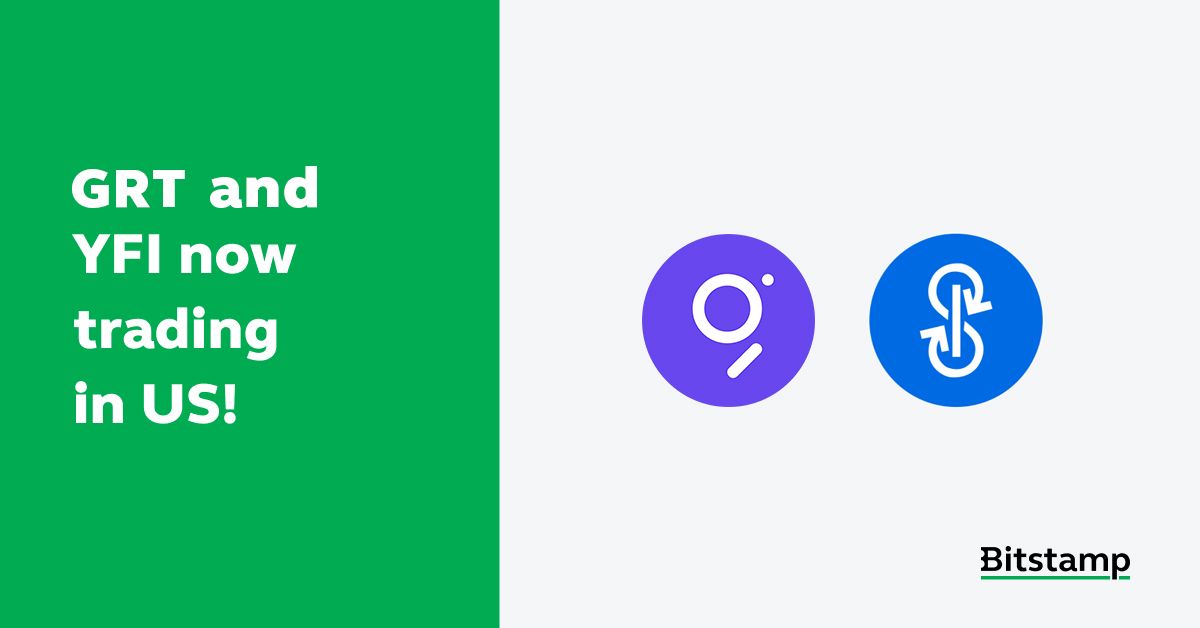 The summer listing for our customers is still going strong.

YFI – the token that fuels Yearn Finance, an aggregator service for decentralized finance investors. It’s a platform that automates processes to allow maximum profits from yield farming, a collection of products that  are designed to generate yield on smart contract platforms like Ethereum. The protocol is maintained by various independent developers and is governed by holders of YFI tokens. Its focus lies primarily on investors who aren’t particularly tech-savvy and are either already engaged in or want to start investing with a lower level of commitment.

It’s a fairly new project that was launched in February 2020 and was first known as iEarn. It has, however, expanded rapidly in the last few months with the introduction of new products and the release of the YFI token, that you can now  invest in on Bitstamp.

Interesting fact, YFI is the first crypto token to be worth more than BTC. It happened just a few months after the launch, but has since decreased in value compared to BTC.

GRT – the token behind The Graph, a decentralized protocol for indexing and querying data from blockchains. It scans various blockchain networks like a search engine and indexes data from them into arranged groups – open API’s called subgraphs that anyone can query. GRT, the token that fuels the entire system, is Ethereum-based. The work token is locked-up by Indexers, Curators and Delegators to provide indexing and curating services to the network. All three groups can earn income from the network proportionally to their GRT stake and the amount of work they perform.

Indexers create subgraphs and earn indexing rewards and query fees. Curators organize data by signaling on subgraphs and earn query fees for the service. Delegators secure the network by delegating GRT to indexers, and earn a portion of the income that’s earned by the Indexer whom they delegate to.

Anyone can build and publish the subgraphs. The applications then query these user-created API’s using GraphQL to retrieve data from the blockchain. So far, numerous developers have created and deployed over 3,000 subgraphs. Among these we can find notable DeFi players, such as Aave, Balancer, Decantraland, and Uniswap.