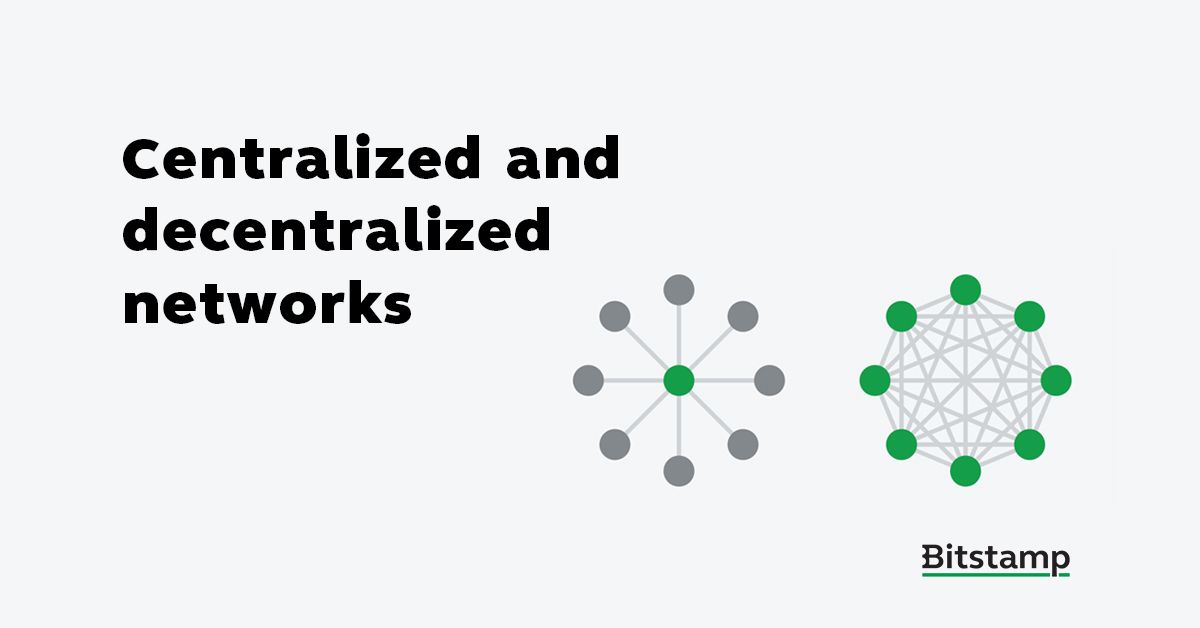 When Bitcoin introduced the world to blockchain technology, it started a global revolution. Blockchain provided a way to create decentralized systems for storing and transferring data.

Decentralization is seen as blockchain’s ultimate attribute as it has many advantages over traditional centralized systems for storing information. As Ethereum’s co-founder, Vitalik Buterin, once wrote: “it is extremely common for proponents of one protocol (or protocol extension) to claim that the opposing proposals are ‘centralized’ as the ultimate knockdown argument.”

Why is that so? And what does it even mean, if we say that a system is centralized or decentralized?

In essence, if something is centralized, that means that there is a single entity with complete authority over the whole system.

Let’s take Facebook as an example: If you write a post, upload a photo, or share a video from a page, the data will go from your device to the Facebook server. There, it will be stored and redirected back to your followers. There is a central authority – in this case, Facebook – responsible for storing, processing and transmitting all data.

Decentralized, by contrast, means that there is no single entity controlling the system. Instead, the work and responsibility are shared by many entities. An example of this can be found in torrents. Torrents are based on a peer-to-peer principle. This means that if you download a torrent, you don’t download it from a single central server. Instead, you download it from other torrent users who have the file on their computers.

Blockchains provide a mechanism for open systems to be stable and resilient. This is the basis that allows us to build reliable decentralized networks. It is important to note, however, that blockchains are not necessarily decentralized.

The technology can and often is used to build private blockchains. These blockchains are controlled by a single individual or company and are, therefore, centralized. A popular alternative to private blockchains are public blockchains, which are decentralized and open to anyone. These are the ones everyone is familiar with through Bitcoin and most other popular cryptocurrencies. There is also a third category with functionality that falls somewhere between the two, called permissioned blockchains. These are used because they make it possible to grant specific permissions to individual participants.

Most of the biggest cryptocurrencies use public blockchains. These benefit from decentralization in three main ways:

These attributes make public blockchains a safer and more reliable way to store data than centralized systems. Beside these benefits, decentralization is an exciting concept for ideological reasons. It protects the rights of the majority of the network's users. This is important in modern society, where the majority of resources are controlled by a relatively small group of people.

To sum up, traditional currencies are controlled by a central bank. Cryptocurrencies, like Bitcoin, are controlled by everyone who is involved in the system. If you want to exchange some of your centralized money for decentralized cryptocurrency, you’re making a move that not only has security-related benefits, but also an ideological high ground.